CropBytes is an NFT game that is focused on creating a platform that is a step up from what is currently available in the market for gamers. In the new concept, players can grow their cryptocurrency by participating in the game economy. The gamers are also allowed to trade their assets within the game market.

Notably, the players can also use their crypto in other mini-games within the CropBytes network. This game comes with strong economics as it heads for its token launch. Its seed funding closed after the participation of several prominent industry leaders. The economy-first crypto game appears to be set to lead the way in the blockchain gaming space.

Most of the cryptocurrency games are currently struggling to compete with the traditional games that already exist on smartphones and consoles. Even when these games manage to rise to fame, it has been seen multiple times that their popularity does not last. Games quickly rush onto the next new thing in the market.

Today, there are over 2.3 billion gamers globally, indicating the massive impact that players may have on the future of the market and its futuristic growth. To set up a game ecosystem that can stand the test of time, an economics model that can continue evolving and growing with players is necessary.

In that context, futuristic games are using carefully designed game economics, assets, and tokens to help in making them future-proof. The COO of WazirX and Advisor for CropBytes, Siddharth Menon, said:

“I believe crypto games are the next big thing. CropBytes is based on farming, which is easy for everyone to understand and has strong economics, which are necessary to sustain the game in the long run.”

A look down the memory line shows that 2018 was the year of the rise of NFT games like My Crypto Heroes and CryptoKitties. But, currently, most developers are focusing mainly on player earnings without giving gameplay much thought.

CropBytes joined the gaming space around the same time and focused on gameplay. The team created an in-game economy that was mainly supported by an evolutionary trading network. Since then, the game has grown through an entire market cycle and even managed to survive the recent bear market.

The exposure gives this game an edge over the competition as players gain confidence that they may continue to thrive in the CropBytes network and grow their cryptocurrency holdings amid the fluctuations on the market. 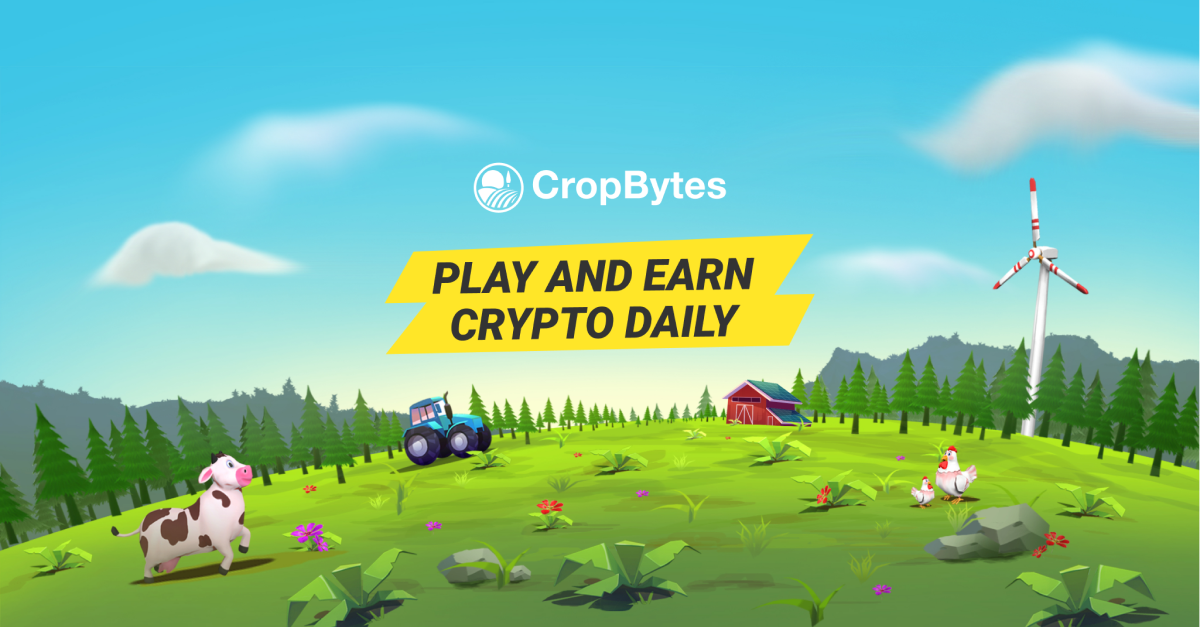 Recently, CropBytes closed its seed funding round which attracted many industry leaders like the Old Fashion Research and Ex Network Capital. Multiple strategic partners have now joined the team, including Tamar, growth at Solana, Siddharth Menon, co-founder and COO of WazirX, and Sandeep Nailwal, co-founder and COO at Polygon (MATIC).

The founder of Exnetwork Capital, Eric Su, has shared the excitement about investing in the project:

“CropBytes has the ingredients of a resilient team and a loyal player base that we are honored to back. Their farming simulation game, which is inspired by Farmville, is poised to become big with its next evolution.

The game is different from the many testosterone-heavy p2e games out there. Their uniqueness will welcome a different kind of demographic into the crypto world. We are delighted to invest and back CropBytes for the long term at Exnetwork Capital.”

Users need to maintain a balanced farm and trade regularly to grow their business within the game.

In that context, assets like harvests, animals, buildings, and extracts can be traded between the players. Interestingly, this economy is run by players. Among the unique assets are Superheroes. These are rare breeds of NFTs that can also boost a player’s potential within the game.

These breeds’ abilities include boosting the farm’s output. It gives players the added advantage in gameplay. The team has now announced a new generation of Superheros that can be used in player-versus-player battles. They will be available soon.

The CropBytes network is set up as a virtual space where anyone can sell, buy, or own assets. This game integrates strategy, farming, and business in a world that is run by cryptocurrency. After downloading the mobile app, the users can start farming, and producing goods. They can later visit the game marketplace to sell their produce to other players for profit.

Once a player earns enough extracts from assets, the users can change them to game coins (GC). These coins can be used to acquire NFTs and several other exclusive digital game assets. 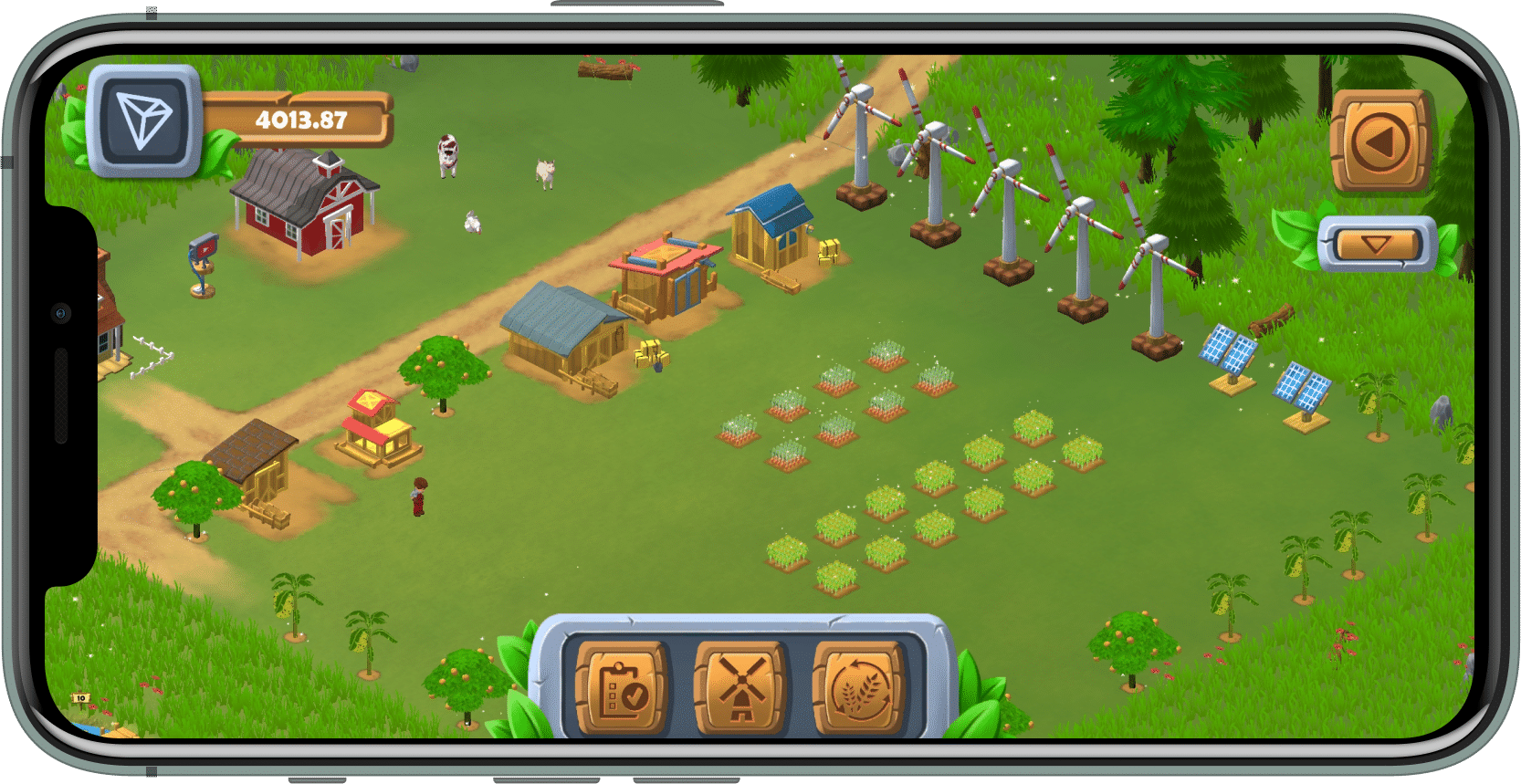 While the game started using Tron (TRX), the firm launched its token CBX. Their strategy was quite different since the team focused on building a well-rounded product first before launching a token.

In line with the thriving concepts of the metaverse and interoperability, CropBytes is seeking opportunities to work with other games and marketplaces to guarantee in-game assets can be exchanged across many games.

Currently, the game has surpassed 250,000 signups, 100,000 downloads on the Play Store together with a trading volume of more than 8 million TRX per month.

With the team’s seed funding coming to a close, CropBytes has attracted several strategic partners. It will provide the platform with the required setup to shift on-chain and expand its community with the introduction of the CBX token.