Solana released the first trailer for the Star Atlas game, the new play-to earn game based on the Solana blockchain. The game token, called ATLAS, went up by over 5.000% these past days.

Despite having no date set for the initial release, the blockchain has been working on the game since 2018. The exciting trailer with realistic graphics caught players’ attention.

The promise of cinematic quality in the gaming scene elevates the Star Atlas to a higher level of quality than other DeFi games.

The company also announced the beginning of the sale of the game’s native cryptocurrencies on September 1st.

Star Atlas will be a space exploration MMORPG game.

The game, set in the year 2620, will feature three main factions:

The main objective is to win battles and gain power.

Players will become citizens of the world of Star Atlas and will be able to interfere and influence the intergalactic conflict.

At the same time, players will receive rewards easily converted to real-world cash.

The game is being built with Nanite Unreal Engine 5 technology, developed by the company Epic Games. The idea is to make the setting as realistic as possible, which can be compared to a movie.

According to the company’s CEO, Star Atlas will provide the most powerful opportunity in human history for gamers.

In addition to flawless graphics and an immersive narrative, players will be able to reap economic benefits by extracting in-game virtual earnings for real-world income. 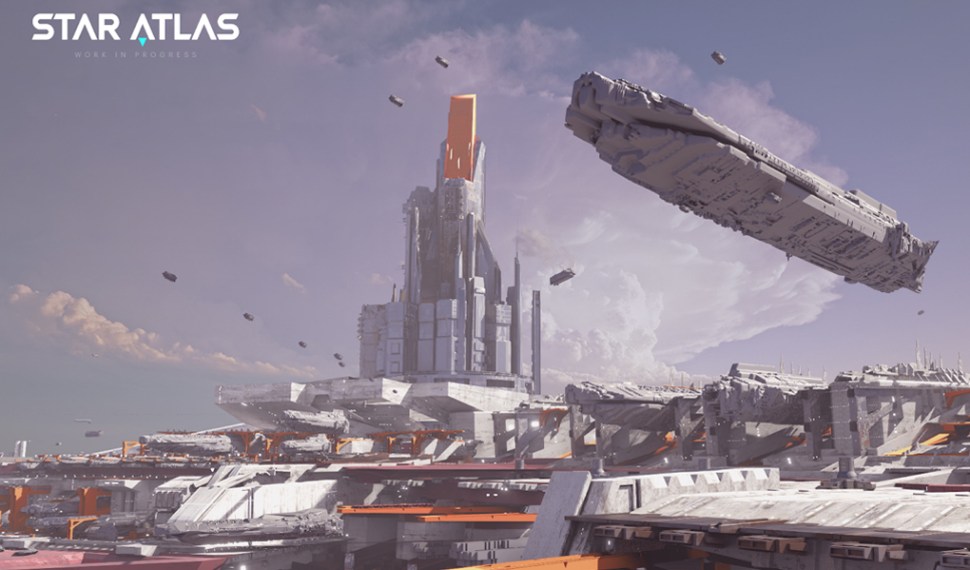 In addition to trading resources on the market, users will also be able to sell their services, as Star Atlas has a profession structure that allows the player to have specific skills and monetize them, being pilot, builder, bounty hunter, pirate, among many others.

Another way to earn rewards within Star Atlas is by staking native cryptocurrencies, as the game will have its own automated Market Maker (AMM).

In fact, the game will be fully integrated with the DeFi market through a direct interface with the decentralized Serum exchange.

DEX is also based on Solana (SOL), the blockchain chosen by the game’s developers for having a high transfer rate that reaches 50,000 transactions per second.

Solana is also responsible for allowing all items to be non-fungible tokens (NFT). In fact, to start playing Star Atlas, the user must already have some of them.

There is still no estimate of what the cost of entry will be, but the developers promise it will be affordable.

Even though the full game doesn’t have a final release date, an Astro Star browser mini game will soon be released, where players will already be able to put to use previously purchased assets and NFTs.

Far beyond realistic graphics, Star Atlas also promises to be a game full of news. One of them is the Galactic Marketplace, announced by Solana recently.

The promise is of a fully-featured and fully integrated hub with Serum on Solana’s blockchain. The integration will allow the community to seamlessly trade meta-posters, spaceships and any other assets without leaving the platform.

Star Atlas launches the first phase of its Metaverse – the Galactic Marketplace! The future of Star Atlas will be built around this core, and today you can buy and sell meta-posters on their decentralized NFT exchange. https://t.co/h8urR2fjwc

This basic release lays the foundation for a complete metaverse marketplace and allows users to manage all asset transactions.

Solana announces the start of sales of ATLAS token: Apollo-X, FTX and Raydium

Solana also announced the beginning of sales of tokens that will feed the game:

ATLAS and POLIS. Initially, the tokens will be released as an exchange offer (IEO) on FTX and DEX offer on Apollo-X and Raydium.

The release will be distributed on the three platforms as follows:

An amount of ATLAS and POLIS tokens equal to $1 million will be allocated through FTX’s initial switch offer.

Another $500,000 worth of ATLAS and POLIS tokens will be available for sale through the initial decentralized exchange (DEX) offerings on Raydium and Apollo-X.

The idea is to guarantee a fair sale of the tokens, which will be distributed equally.

The values were also tabulated by Star Atlas, with the promise to remain fixed during the first sale.

Also according to Solana, other measures will be taken to avoid the unbalanced concentration of the property.