Dogecoin soared sharply, rising nearly 25% in the last 24 hours, after the announcement that the American exchange Coinbase will list the altcoin on its professional trading platform.

The company has not announced a release date for the general public, but traditionally, cryptocurrencies listed on the professional platform are made available to the retail app after a few weeks. 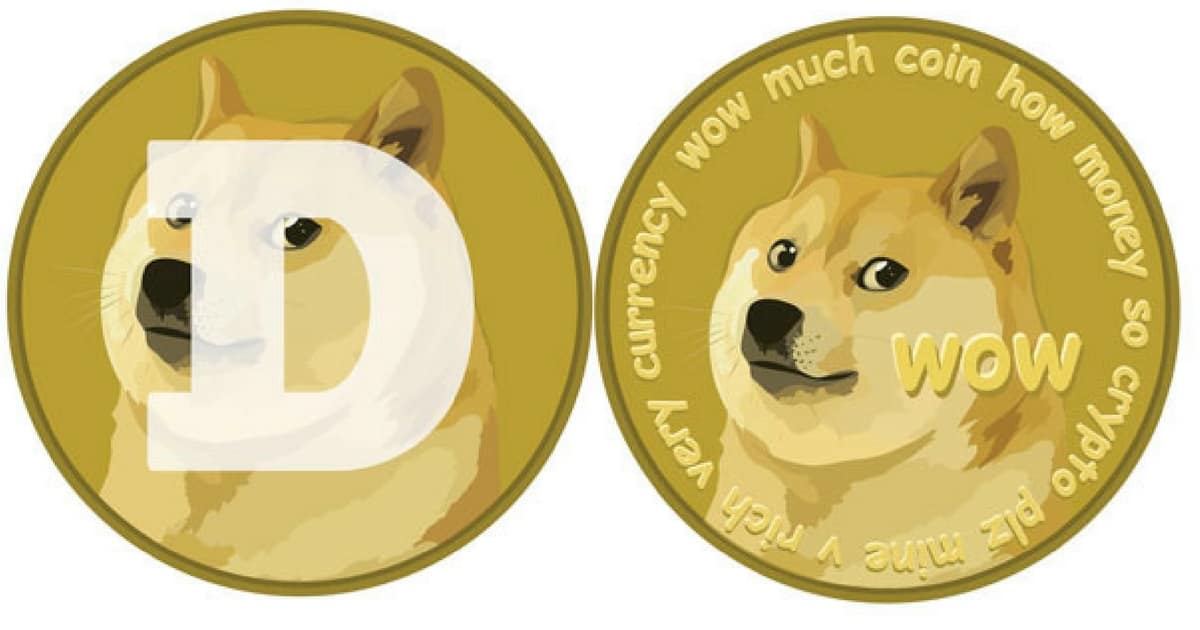 The Coinbase news sent the cryptocurrency up about 23%, lifting its price from $0.34 on Tuesday to $0.42 on Wednesday. At the height of this week’s growth, Dogecoin is worth $0.44, approaching the price of $ 1.

With that, Dogecoin gained $9.6 billion in market value in one day and took the sixth position in the ranking of the most valuable cryptocurrencies in the world, leaving behind XRP, the blockchain of the Ripple currency.

Dogecoin’s current market value at around $55.6 billion, is still small close to the $707.8 billion of Bitcoin, but the gap has narrowed following last month’s price drop.

Cryptocurrencies: “Base of the digital financial system”

Dogecoin current situation is quite a feat for a digital asset that was born as a mix of joke and programming exercise in 2013, being inspired by an internet meme with a Shiba Inu puppy. Dogecoin in recent months has been leading an unusual elevation to investment status and means of payment.

This escalation came in the wake of billionaire Elon Musk, owner of Tesla and SpaceX, and strong supporter of Dogecoin, even being called the Dogefather. He is very active on Twitter and and every time he tweets the crypto market reacts.

Musk has already defended – in his peculiar communication style based on controversial memes and phrases, almost always published on his Twitter profile – that the adoption of the “Doge standard” as “the basis of the world financial system” is something “inevitable”, and in a near future.

The market cap of Dogecoin spiked $10 billion after this tweet. pic.twitter.com/cqMA1irxSm

More recently, the billionaire announced his intention to buy an entire municipality in Texas, USA, to create a new city, called Starbase, in which the financial system would be based on cryptocurrencies, mainly Dogecoin.

Shortly after criticizing Bitcoin for its environmental impact and kicking off the current backlash around the pioneer and most popular among cryptocurrencies, he said he was “in talks with developers to improve the Dogecoin mining system.”

Musk tweeted: “We are concerned about rapidly increasing use of fossil fuels Bitcoin mining and transactions, especially coal, which has the worst emissions of any fuel.

Cryptocurrency is a good idea on many levels and we believe it has a promising future, but this cannot come at a great cost to the environment.

We intend to use it for transactions as soon as mining transitions to more sustainable energy.”

Changpeng Zhao answers: “Elon probably did not research how much energy is required to run other (non crypto) currencies that Tesla accepts. Face with tears of joy”.

Elon probably did not research how much energy is required to run other (non crypto) currencies that Tesla accepts. 😂 https://t.co/oSwfIBoOsD

Born of an internet meme with a puppy, Dogecoin was created in December 2013 by programmers Billy Markus and Jackson Palmer, who hoped to create a fun cryptocurrency that could reach a wider audience than Bitcoin and distance themselves from the controversial history of other cryptocurrencies.

Unlike Bitcoin (BTC), Dogecoin (DOGE) does not have a limited number of units of its token that can circulate in the market. Currency mining is ongoing and can happen freely as transactions are validated by miners.

This cryptocurrency, which has become a sensation after praise from Elon Musk, CEO of automotive company Tesla, sees its quote approaching $0.50 and earns $9.6 billion in market value in 24 hours.