The CEO of Tesla and SpaceX is back. Although Musk does not specifically support Dogecoin (DOGE), another tweet of his own comes at a time when the digital asset is on the rise again.

Elon Musk’s tweet asking “What does the future hold?” sparked a debate in the crypto community. The objective is to debate which will be the largest currency in the future.

What does the future hodl?

Although the tweet does not mention any details, Musk’s followers have already named DOGE and Bitcoin (BTC) as the main candidates.

The future looks good for the HODLers! 🚀 pic.twitter.com/jrd7d3S9pe

At the same time, DOGE is in another phase of growth. Although in the last week the price has not even approached US$0.40, the currency was traded with a 12% increase on April 23.

Currently, Dogecoin’s price is USD $ 0.2678, according to CoinMarketCap.

It is no secret that Elon Musk is a great supporter of DOGE. The billionaire recently agreed that the cryptocurrency should be listed on Coinbase.

Dogecoin’s well-known Twitterer @itsALLrisky asked Musk about the idea of ​​Coinbase bringing DOGE into trading. The billionaire’s answer? Yea! It is worth remembering that, recently, Musk used the crypto broker for the purchase of BTC by Tesla for USD$1.5 billion.

.@Coinbase has a chance to gain millions of customers (and dollars) by enabling #Dogecoin trading, and with the pressure on from @ElonMusk, they may do it sooner than we think #DogecoinRise #DogeOnCoinbase @brian_armstrong https://t.co/GzcdyCPslk

In addition, if the latter tweet causes a further increase in the price of DOGE, it would not be the first time. On April 16, a Musk tweet with the caption “DOGE barking at the moon”, featuring Joan Miró’s image, propelled altcoin to its highest point of USD $ 0.45.

Doge Barking at the Moon pic.twitter.com/QFB81D7zOL

The demand for the digital asset was so great (600%) that its peak even caused temporary interruptions in exchanges like Robinhood.

The following day, Dogecoin reached the 8th position in the ranking of the most valuable cryptocurrencies by market capitalization. In addition, the “meme currency” had grown more than 330% that same week.

Currently cryptocurrency occupies the 7th position in the ranking. Look at the chart below.

Earlier this year, Musk’s tweets had similar effects. In February, for example, his tweet “Dogecoin is the people’s cryptocurrency” made altcoin appreciate 75%. The maximum at the time was USD $ 0.087.

Dogecoin is the people’s crypto

DOGE’s growth has also led to praise from other personalities. Billionaire Mark Cuban is an example. On the same day that altcoin reached its historic high, Coban tweeted that his basketball team, the Dallas Mavericks, had hit a record sales of goods with the cryptocurrency in the past 24 hours. 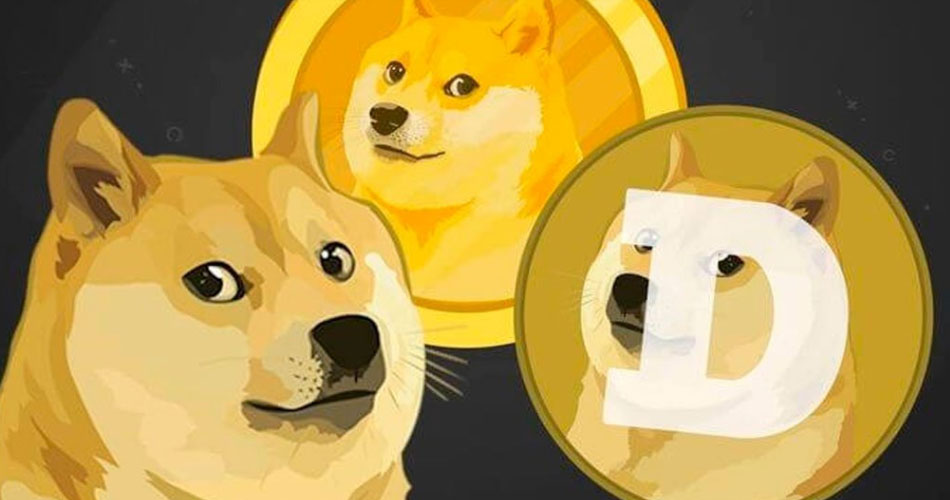 Created in 2013 by Billy Markus, DOGE is an open source peer-to-peer (P2P) cryptocurrency based on a Litecoin fork code.

With a fun and friendly brand image, the cryptocurrency was inspired by a dog meme, being popularly called “cryptocurrency meme”.

In one year, the asset increased 3474%, driven by a wave of ironic endorsements from Elon Musk, Gene Simmons, lead singer of KISS, and rapper Snoop Dogg.