Cryptocurrency is a digital or virtual currency designed to work as a medium of exchange using blockchain technology to secure transactions and to control the creation of additional units of the currency. Cryptocurrencies are classified as a subset of digital currencies and are also classified as a subset of alternative currencies and virtual currencies. As of right now, the implementation is still limited by the lack of regulation and distrust in several countries. However, the trends suggest that more and more use cases are being developed everyday and maybe soon we will all be able to use it just like any conventional method of payment.

The natural advantage of cryptocurrency, which is being secure and mostly anonymous, can be a great start for expanding its use cases. Transactions such as gambling, which are typically rather risky, can be safely done by using crypto. Hence why nowadays it is easy to find casinos accepting Bitcoin or any other type of cryptocurrency as a form of payment. It seems like cryptocurrencies will only become more popular. Of course, this would mean that cryptocurrency prices may continue to rise so now’s your chance before it becomes even harder to get into the game 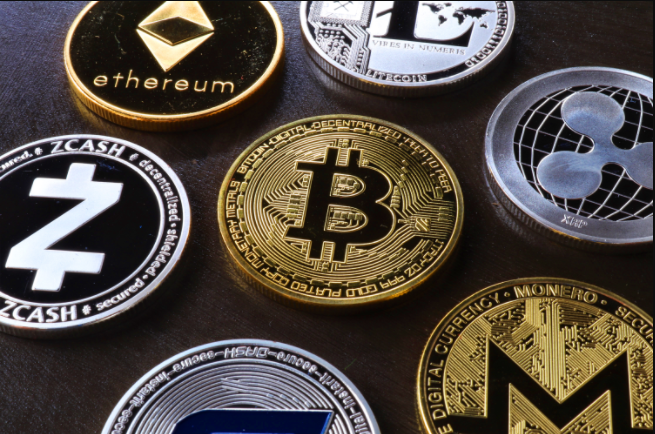 Cryptocurrency is an encrypted, decentralized digital currency transferred between peers and confirmed in a public ledger. The security measures for cryptocurrency depend on who created it, how much was generated, where it’s stored, which type it is etc. They can be obtained through purchasing from someone who already has them or generated by completing tasks called ‘mining’. The mining process involves solving complex mathematical problems with powerful computers that use highly sophisticated algorithms to generate these codes. Mining can be done by individual miners or large mining pools that split the work up between many people.

Why Have Many People Started To Invest In Crypto?

Many people are starting to invest in cryptos because of the awareness it has created on how digital transactions happen. Because of its high value, many see this as a good opportunity to earn through trading with it. Because it’s decentralized, they can trade anonymously without being traced back unlike fiat currency where every transaction done is recorded. Companies are now adopting this new trend in trading.

Apart from this, there have been many success stories of earlier crypto investors which have encouraged people to try their luck with cryptos. The most successful of these is Bitcoin which was worth just a couple of dollars in 2010 but, can now be exchanged for thousands of dollars.

Some crypto has also exploded in value recently which created some new millionaires in this industry in a very short time.

Why Is It Worth Investing In Cryptocurrencies?

There are many reasons why people should try and invest in cryptos:

– High returns:  The fact that the crypto market is still largely unregulated means that there are not many rules implemented yet on who can own crypto and how they should use it. This means that the initial price of cryptocurrencies is very low which gives early investors more chances to generate greater gains as the currency begins to rise.

–      The volatility of cryptocurrency has been seen as a risk but many investors see this as an opportunity since they can invest at a price that is cheap and wait until it explodes so that they can trade out with huge gains.

–        Understanding its risks:  Many people try to invest in cryptos without taking the time to understand how it works, what it is used for, and what tools are needed to use it. Knowing this information helps you plan better if you want to make more out of it.

–        Not limited by borders:  Cryptocurrencies allow investors to trade internationally using the internet. This means that even people in third-world countries can get a chance to get involved and make more out of it.

–        Cryptocurrency exchanges:  Crypto trading is done using online exchanges which allow investors to trade without having their information easily traced back unlike with fiat currencies where each transaction is recorded the blockchain technology that crypto works on enables investors to trade anonymously without being traced.

–        Decreasing supply:  Cryptocurrencies are generated by mining, so the number of them generated is decreasing over time since their production is limited. Many experts have pointed out that their value will continue increasing over time if more people adopt it, creating a greater demand for them.

What Should You Consider Before Investing In Crypto?

To invest in cryptocurrency, there are a few things to consider:

What Are Some Of The Most Popular Cryptocurrencies?

Some of the most popular and promising cryptocurrencies at this time are Bitcoin, Litecoin, Dash, Ripple, Ethereum, and Dogecoin. Bitcoin is a consensus network that enables a new payment system and completely digital money. It is the first decentralized peer-to-peer payment network that is powered by its users with no central authority or middlemen.

Litecoin, another peer-to-peer cryptocurrency, has been around since 2011 and has gained popularity this year as a cheaper alternative to Bitcoin. Although that topic is still up for debate, it is good to know the differences between Bitcoin vs Litecoin to better understand both of them more completely. Litecoin can be mined using consumer-grade hardware which makes it a more democratic and decentralized network.

Dash, which stands for digital cash, is a privacy-centric digital currency with instant transactions. This cryptocurrency was launched in 2014 by Evan Duffield. It is an open-source peer-to-peer cryptocurrency that offers all the same features as Bitcoin but also has advanced capabilities, such as instantaneous private transactions and coin-mixing to provide increased privacy.

Ripple is an open-source, real-time gross settlement system and currency exchange network. It was released in 2012 and has been gaining momentum ever since. Ripple can track account balances and transactions but does not need mining because all the coins were created already by the founder company. Payment Channels allow for transactions to be verified independently and can proceed as long as there are participants or until completion even if some of the participants fail.

Ethereum is a decentralized platform for applications that run exactly as programmed without any chance of fraud, censorship, or third-party interference. It went live in 2015 by Vitalik Buterin who proposed the idea of building a fully-featured decentralized platform that could run any program. It has now become the second most popular cryptocurrency after Bitcoin. It will be no surprise that any day now, Ethereum might beat Bitcoin in terms of popularity.

Cryptocurrencies are an evolving technology that is still in its infancy. It might be too soon to tell if they have the potential for mainstream adoption or not, but with more and more merchants across all industries accepting crypto, it will soon reign over the traditional form of digital payment. The crypto transaction in exchange for goods and services still has its flaws. However, that does not mean it reached its potential. There are still many spaces for it to grow, as long as it is being implemented in the correct way and able to gain public trust.