CupCat NFT project was introduced to the crypto world in early August with the team confident that their products would gain popularity after launch. By description, Cupcat is a nonfungible token collection that is stored on the Ethereum blockchain. On September 20, the team announced via Twitter that the project’s metadata was hosted on IPFS and the CupCats are revealing.

The Cupcatting community appears to be confident that the project will develop into a major name that has attracted more holders and investors in recent weeks. Since its launch, the team has been busy implementing the final touches to ensure that CupCat joins the best products in the NFT sector.

Reports have confirmed that the NFT project has set aside 5% of all minted tokens and royalty income for stray cats and cat shelters. The team also spared $10,000 to donate to 3 different charities that are working to ensure that the life of cat species is made better.

Earlier this month, developers removed shop-related profit distribution explaining that such a distribution would turn CupCats into security. They replaced it with physical item airdrops. Initially, the shop discount was scheduled just for six months, but it was then reduced to three months. In that context, holders will benefit 15% discount in their entire lifetime.

With all these developments, the CupCat sales volume from the past week increased massively by a staggering 3,301% to reach $16.9 million. DappRadar published that the NFT had generated more than $2 million in sales within 24 hours.

On September 24, the team unveiled its first giveaway that comprised of three Cupcats. To participate in the giveaway, users were required to retweet the giveaway post, say why they like Cupcats with a reply or retweet comment. Cupkitten will select the 3 winners on September 29.

By September 27, there are more than 5050 Cupcats in circulation. 50 of them are reserved for the promotion team and 5% are considered as royalty. Each of the Cupcats is values at 0.02 ETH after minting but the value may increase as demand increases. The team limited a maximum of 3 Cupcats per transaction and one transaction per wallet.

On September 23, #0x9c5 bought Cupcat 4523 for $700K, which translates to about 222.22 ETH. Data published NFT Whale Alert indicates that CupCat NFT is gaining value and its community and demand are growing rapidly.

The most expensive Cupcat ever sold was Cupcat NFT #11, which fetched $640.7 on August 29. In the past 30 days, the cheapest Cupcat NFT sales were below $64; while the highest sales were for around $324. The median price within this period was $64. 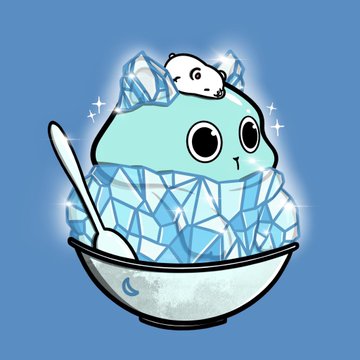 After obtaining help from different sources and considering the consistent growth of CupCats, the team had to change and tone down some parts in their roadmap. More developments are expected in the coming months.

Holders are set to benefit since 5 ETH are scheduled to be airdropped to them over time in 0.1 ETH drops. Physical item airdrops are scheduled for every week provided that sales happen. All Cupcat holders qualify for a ‘2nd project’ claim that is scheduled to start in January 2022. 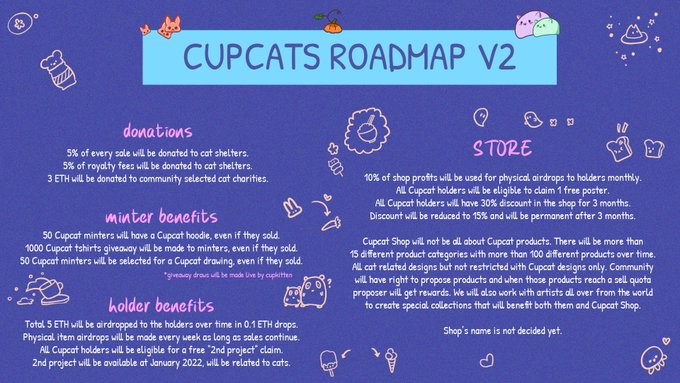 For the minters, 50 of them will get a Cupcat hoodie, even if they sold their NFT. 1000 Cupcat T-shirts are set to be distributed to the minters; and some 50 lucky minters will qualify for a Cupcat drawing even if they are eventually sold after minting.

All details about the Cupcat NFT project sales were published recently. So far, at least 1250 people have already been whitelisted for 1 mint each; with 3750 Cupcats available for public mint. The unminted whitelist Cupcats will be uploaded to public mint.

For the community, the CupCat NFTs are priceless. Some users say that no price tag can fit these canines since they make them smile always. Ethereum and NFTs are believed to generate financial and emotional freedom for artists and other content creators.

With the help of massive support from the community, CupCats made it to the top of the NFTs chart by sales volume. The team tweeted:

One member of the community by the name Masterpiece, while commenting about the project said:

“There is a lot to talk about when it comes to @CupcatNFT, I have no time right now to break down all the parts… but I do think some of my findings about this are significant There is a magic involved that don’t happen twice Lots of work, lots to talk about Stay tuned!”

Interestingly, most of the users who own Cupcat NFT also own Sportslcon Lion Club, Dank Doge Club, Elephantos, and L3ss0ns.