Based on a statement by Miami Mayor Suarez, the collaboration with MasterCard, TIME, and Salesforce has been highly invigorating.

Miami is in the news yet again. Mayor Francis X. Suarez of Miami city has announced his future project aiming to distribute 5000 Ethereum nonfungible tokens (NFTs) in partnership with TIME, MasterCard, and Salesforce. The primary idea is to get the NFTs curated by 56 regional creators.

The investors of the NFTs can avail of MasterCard’s Priceless program, which encompasses luxury private tours together with events across Miami. Furthermore, the city has decided to remain silent on the preparation giving itself a probable deadline of December 2022.

Their NFT will be unveiled on Ethereum per the blockchain’s plan to move to proof-of-stake (PoS) networks. Salesforce is an American cloud-based software firm that has its headquarters in San Francisco, California. The company is known for its management software that is targeted toward sales and customer service.

The firm has been assigned the job to mint and selling nonfungible tokens on its yet-to-be-disclosed brand-new cloud platform. Based on Miami Mayor Suarez, the partnership with MasterCard, TIME, and Salesforce has been highly invigorating. 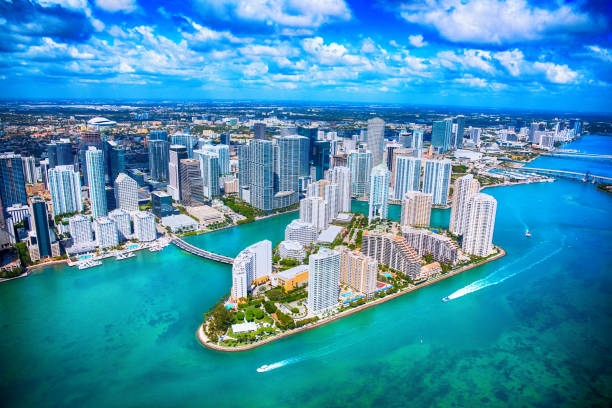 He said that the city has for a long time been at the forefront of the web3 revolution and it has all the ideas and resources to continuously use the technologies to sustain the current businesses. While that is true, the mayor also thinks that the new technologies will entice more businesses to increase capital and provide immaculate experiences to the people of Miami.

TIME, the flagbearer brand for Web3 space, has been brought in to offer advisory assistance and guidance while manifesting innovative solutions and inaugurating the undertaking. Keith A. Grossman, the President of TIME, thinks that the project can deliver a one-of-a-kind prospect to the city of Miami to develop more authentic associations.

The 56 unique blockchain digital assets are getting curated by the same number of artists from Miami who are expected to symbolize the city’s 56 square mile regional area. Mayor Suarez has some similar interests to famous El Salvadoran President Nayib Bukele who is a major Bitcoin enthusiast. The leader also appears to reflect a bullish outlook toward the bearish crypto market lately.

Nonetheless, it is not the first time the people of Miami witnessed Suarez’s engagement with the blockchain world. In August 2021, Suarez also introduced an altcoin known as MiamiCoin (MIA). The launch collected nearly $8 million in revenue in the City in a span of not over 2 months.

Nevertheless, the coin dropped to a rather dismal figure of 98.9% when compared to the coin’s peak price. Ever since the fall, Miami has locked up most of its MIA coins to yield in Bitcoin.