Royal, an on-chain music platform has announced a Series A funding round. The round was led by venture capital giant Andreessen Horowitz. Other investors include musical artists Nas, Chainsmokers, and Disclosure.

This music marketplace enables the fans to acquire music rights through nonfungible tokens (NFTs). Its co-founders, entrepreneur JD Ross and DJ Justin Blau who now goes by the stage name 3LAU, said on November 23 that they had closed a $55 million Series A funding. The funding comes after a $16 million seed round in August 2021.

Andreessen Horowitz (a16z) is the prominent venture capital company that led this funding round. The General Partner at a16z, Kathryn Huan, tweeted about the company’s investment in Royal marketplace’s possibility of changing and revolutionizing the music sector.

1/ Today we’re announcing an investment in @join_royal, a web3 platform I think has the promise to transform the music industry in a way that hasn't been possible until now. DJ @3LAU and @Opendoor cofounder @justindross are the perfect pair to do it.
https://t.co/aEAsLGWxIl

More investment was acquired from CAA and NEA’s Connect Ventures, Founders Fund, Crush Music, Paradigm, and Coinbase Ventures. Many celebrities and global artists like Nas, Logic, Kygo, The Chainsmokers, Disclosure, Joyner Lucas, and Stefflon Don backed this project too. Royal will use the new money to scale their team and invest in the growth of artists who decide to sign up for the platform.

“Allow fans to co-own music with their favorite artists by leveraging blockchain technology to grant music rights, and aligning incentives between fans and artists. We’re starting off with a curated group of artists for our initial sales, but we plan on opening up the platform to more artists in the future.”

In October 2021, Blau gave away 50% of the streaming rights to one of his hit songs “Worst Case” to 333 fans. These fans get a cut of the royalties through nonfungible tokens whenever that song is streamed on spotify, Apple Music, and all the other streaming services available.

That particular song reached an implied value of at least $6 million with the fans holding 50% of the value. The tokens traded more to reach over $600,000 in secondary market volume in just the first two weeks of trading, according to Blau. 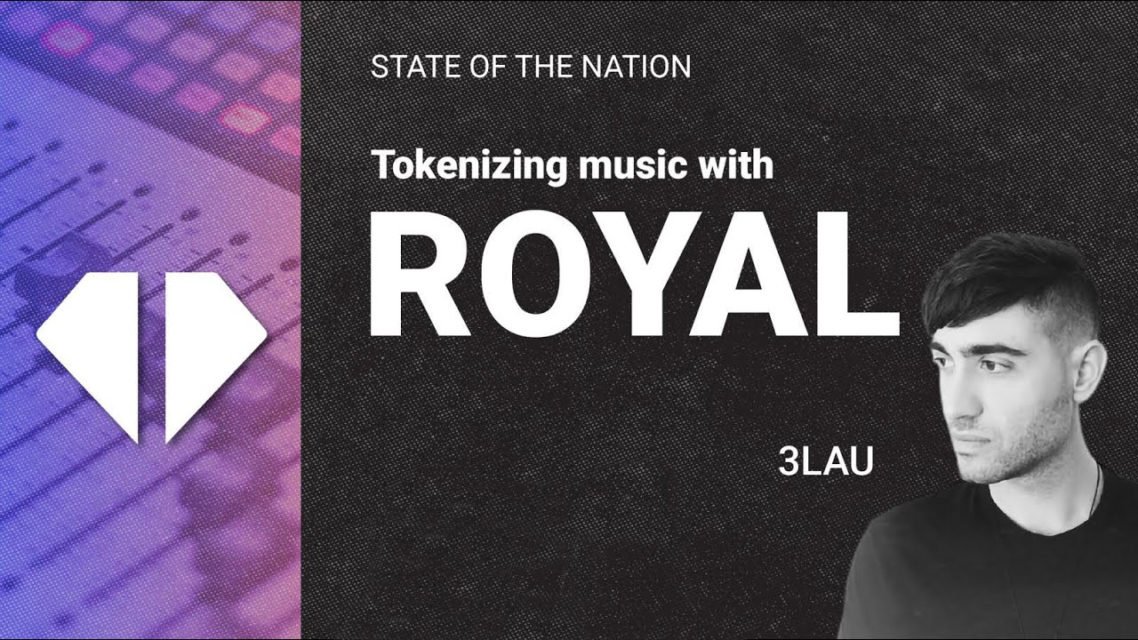 When he was asked how the nonfungible tokens can resolve the current challenges that are affecting the music sector, Blau responded:

“Artists’ livelihood is based on how much their fans support their music, but listeners aren’t compensated at all for that interaction. Royal leverages the NFT standards to help artists get more independence and help them capture more of the emotional value that music inherently creates.”

Royal Marketplace aims to challenge the value of music ownership, which Blau believes it is “vastly misrepresented and undervalued today.” Taking a look down memory lane, the ownership of music royalties and streaming has been only available exclusively to hedge funds, labels, and private equity companies as a portfolio asset.

All that can change soon with more musicians looking to embrace the Web3 ecosystem and concurrently empower their fan base as they fund their careers. Royal’s forthcoming sale will go live in the coming weeks and it is expected to bring in more traffic into the NFT world.