Meebits are algorithmically generated 3D characters unveiled by Larva Labs on May 4, 2021. These characters are integrated with NFTs on the Ethereum blockchain and are rendered in voxels (pixels with volume). There are up to 20,000 of them and they resemble characters from various popular games like Roblox and Minecraft.

One can use the NFT characters as metaverse avatars, or in virtual reality, and games. Since their launch, these NFTs have been quite popular in the market. Developers want to use Meebits to create the same experience that people enjoyed while collecting cards as kids and then exchanging them with their friends. 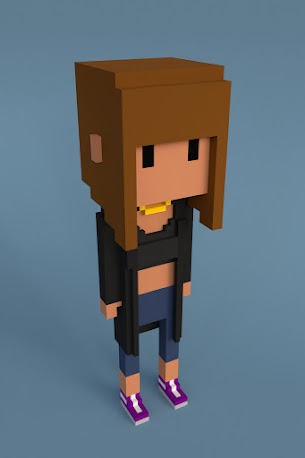 In that context, Larva Labs has attributed many use cases for the 3D models. For example, a considerable feature is the ability to trade Meebits for Meebits. The hype that surrounds these characters is not just because they are incredible avatars but since they are developed by successful and experienced developers.

Larva Labs had already gained a huge following with its CryptoPunks that launched in 2017. That project was the leader of the NFT movement and featured unique collectible characters. While the Punks are 2D pixelated characters, developers advanced with the creation of Meebits which are 3D voxels.

We think that, just like 8-bit pixel art, the minimalism and accessibility of voxel art will prove timeless and endearing for generations to come.”

Meebits NFT project has created ripples in the nonfungible token space. 9,000 characters sold for nearly 22,500 ETH (worth about $75 million at the time) within eight hours after their launch in May 2021. Larva Labs appears to be creating another success story in the NFT space with their third project.

How To Use Meebits

From being used as avatars on the metaverse to animating these characters as 3D models, Meebits can be used in many ways. They can be turned back into 2D pixel art. Whenever one acquires a Meebit, they also gain access to other asset packs like the full 3D model.

The 3D model is installed with a T-pose OBJ file that can be imported into a majority of the “standard 3D modeling and animation software”. This method lets you animate the NFT and make it more exciting and fun. Users make their avatars perform stunts and do some dance moves. The dancing videos can even be uploaded on social media platforms to gain community attention and support. 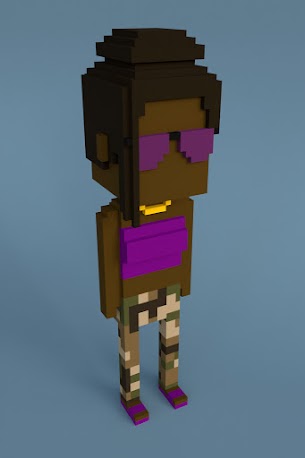 The NFT comes with high resolution and lossless renders that can be used to render Meebits 3D models. Rendering means that one can change their Meebits 3D model into 2D pixel art and use the 2D avatars on social media.

If the Cryptopunks are ideal 2D avatars for Discord, Twitter, and other social media, then we hope that the Meebits will be the 3D avatar for virtual worlds, games, and VR.”

The Meebits avatars are available in seven different types with various rarities. “Dissected” is the rarest with just five of them ever to exist. “Skeleton”, “Visitor”, and “Robot”, are among the other rare avatars.

Their rarity is mainly determined by the features of their categories like clothing, hair, and accessories. Other attributes include tattoos, earrings, hats, and beards. Meebits can also be 3D printed and putting them in the owner’s real-life space.

Meebits In The NFT Community

The unique 3D voxel style of the Meebits made them quite popular attracting much fanfare. Eventually, the community created their DAO (Decentralized Autonomous Organization) called MeebitsDAO. This community wants to create a cross-platform metaverse for all these avatars. 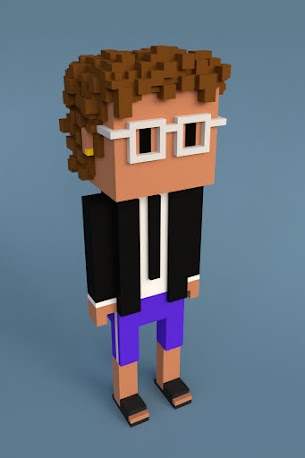 The DAO launched as a development fund to enable various projects to fulfill their vision. These resources will be used to acquire lands on different virtual worlds to inhabit the avatars. MeebitsDAO wrote in a blog post:

After the Meebits launched, lots of folks had ideas for things we could do, but ideas are easy. We want to see these projects through to delivery, and that takes a structured roadmap, a plan, and accountability.”

MeebitsDAO received important backing from Larva Labs who became its advisors. Currently, they have at least 800 members on Discord.

After the 9,000 Meebits were put on sale through a Dutch version auction, they sold for 2.5 ETH. But, the price dropped to zero as the avatars got finished. All the other NFTs went to the holders of Autoglyphs and CryptoPunks. These holders were allowed to use a Glyph or Punk to redeem free Meebit, by just paying the gas fees.

The collection raked in millions in sales and for some time it managed to top NFT sales charts. For now, it is the seventh all-time top collection that has generated more than $127 million in sales volume, based on DappRadar.

Meebit #10761 is still the most expensive Meebit ever sold after going for a staggering 700 WETH or $2.69 million.