McLaren Racing, the British motor racing team, recently confirmed the launch of its nonfungible tokens (NFTs) platform. The famous and second-oldest active F1 team has now joined the NFT craze. It launched its digital art collection on the Tezos blockchain.

On this platform, digital art collectors and fans can buy its digital collectibles. The new initiative will be powered by the Tezos blockchain.

Based on a press release, the platform that is known as “McLaren Racing Collective,” will serve as a means for the fans and enthusiasts to ‘own a piece’ of the motor racing company.

The first nonfungible token drop will comprise various digital parts of the MCL35M 2021 Formula 1 race car. This car was built from the official McLaren Racing CAD which users can acquire.

While commenting on this launch, the Director, Licensing, eCommerce and eSports, McLaren Racing, Lindsey Eckhouse, stated:

“We are excited to launch McLaren Racing Collective, which allows us to engage our fans in an innovative new space. Through NFTs built on the energy-efficient Tezos blockchain, we are creating new ways to evolve our fan experience, and a bespoke McLaren Racing digital collectible marketplace provides people with a brand new way to connect with our team.”

The team decided to give the first digital part of the MCL35M race car to up to 5,000 of the first 5,000 fans that join the platform. This giveaway was used to mark the launch of the Mclaren Racing Collectibles platform.

Later, collectors can buy the remaining parts until they acquire all of the  22 components necessary for the assembly of the digital model of the popular race car. The team said that it wants to release these digital collectibles in 5 stages. Each of these stages will comprise four different parts. The first drop will be available on October 24, 2021.

Notably, the first collector who manages to assemble the digital version of the MCL35M race car fully will go on a VIP trip to a 2022 Formula 1 Grand Prix.

To operate an eco-friendly cryptocurrency project while offering users the best digital collecting experience, the McLaren Racing Collective platform is powered by the energy-efficient Tezos blockchain network. Tezos was integrated into one of the biggest enterprise nonfungible token solutions provider, Sweet, on October 20, 2021. Notably, Tezos is a leading Proof-of-Stake (PoS) blockchain network.

This integration means that with the launch of the McLaren digital collectibles, the team joins the list of top Sweet partners globally. McLaren’s team said that the MCL35M collectibles drop is the first of many other similar campaigns and events. The racing company aims to integrate the NFT marketplace into its long-term method of fan engagement.

Notably, Sweet is now committed to creating interesting ways for different brands to introduce digital collectibles to their audiences. By supporting Tezos, Sweet is now believed to have unlocked an entirely new wave of growth. Through the collaboration, perks for the leading nonfungible token marketplace feature energy efficiency enhanced with scalability.

Sweet will also create space for the lively Tezos NFT community. Hence, its highly intuitive and user-friendly NFT Marketplace and wallet are expected to boom. The integration of Tezos, Sweet, and McLaren enable the F1 racing fans to reserve a complimentary McLaren Racing NFT on McLarenRacingCollective.com before October 24.

“McLaren Racing is revolutionizing the digital collectibles space by providing fans with unprecedented views of the MCL35M car parts as true 3D NFTs that can be spun around, fidgeted with, and viewed from all angles. Additionally, McLaren Racing has gamified the entire collectors’ experience as their fans race to collect all the individual 3D car components to unlock the interactive 3D MCL35M Formula One car and access unique fan experiences.” 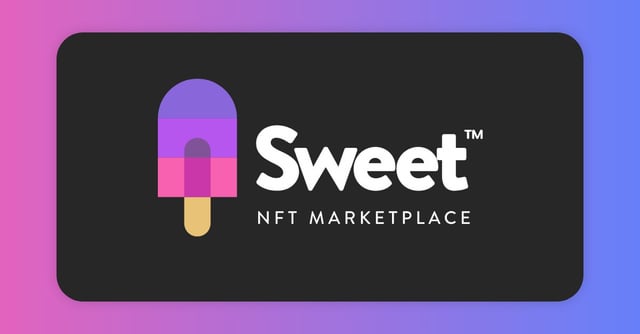 Mizonne also said that the whole project is expected to thrive in eco-friendliness since it is built on Tezos. Its compatibility with nonfungible tokes is great with massive use cases and applications.  Furthermore, the blockchain enables Sweet to prioritize and maintain a smooth, user-friendly digital collecting experience.

For the McLaren fans who are assembling their F1 car using the McLaren Racing’s immersive and gamified NFT experience, there is a lot available for them to explore. Every part of this digital car will have its set scarcity. It, therefore, means that there will be enough parts available to assemble just 35 complete NFT cars.

The team said that the first batch of these collectible parts will comprise; the FR wheel, the right-wing mirror, the FL wheel, and the left-wing mirror. These parts will be available on Sweet during the US Grand Prix in Austin, Texas.