Green Beli is a blockchain project that aims at protecting the earth by slowing down the impacts of climate change on the environment. Since its launch in 2019, the team has set its mission to minimize plastic waste, create community awareness and boost a green lifestyle.

In recent years, blockchain technology’s popularity has been surging rapidly, and it seems like it is the ideal opportunity to attach a beneficial wagon to it. Green Beli seems to have found a way to make blockchain useful to the entire world. Besides, this NFT game has a larger vision to integrate Green Map, the original project with the blockchain game, and combine these green places on the metaverse.

To advance their interests extensively, the Green Beli play-to-earn NFT game is in the pipeline. It promises a reward of either 30% of revenue generated from the sale of tree seeds, land, and NFT items or up to 10% of the cumulative Green Beli Ecosystem Fund to support a chosen course.

Thus, players can participate in a new game while simultaneously contributing to save the environment. To join this initiative, users have to acquire the native token GRBE and some NFT items.

Irrespective of anyone’s current stand on climate change, the underlying numbers do not lie. Coastal areas are continuously becoming flooded as sea levels keep rising. The world is slowly becoming hotter as a result of a thinning ozone layer combined with greenhouse gases. What might have been an avoidable challenge is gradually moving beyond human control.

If this matter is not addressed urgently, it might become a challenge that the next generations might be inadequately equipped to face. On the flip side, blockchain is now in a better position than ever before. The bull run that began in late 2020 took the entire world by storm, with bitcoin exploding to peak above $64,500, while altcoins minted many millionaires.

Based on that run, investor confidence surged significantly and major companies started accepting Bitcoin payments. It resulted in massive demand and more light was shed on the nascent industry. Elon Musk was one of the several individuals that have had a significant impact on the price of bitcoin. He has continuously advocated for the flagship crypto to become environmentally friendly.

Since Musk’s involvement, more people have come into the sector. The demand has helped underpin the bitcoin bull run with participants raising awareness and profits for their projects and investments.

Nonfungible token items will come in the form of the game’s characters known as NFT trees. The trees are fully customized and every part of them varies according to established parameters. Every tree comprises of the following four stats:

In the Green Beli world, classes are comparable to the roles and classes in other games. While the other games use job titles like warrior, mage, and rogue, Green Beli uses five elements that ensure all characters are separated from each other.

The game operates based on the basic elements of the practical world. They include water, metal, earth, wood, and fire. Matching your class to that of an opponent brings in more advantages in the form of a damage boost.

With every part of the tree being of different rarities subject to the player’s luck, a lot of trees are available to the Green Beli players.

Stars represent damage percentages and rewards acquired for every tree. Raising a star level will therefore become a viable way of making some progress in the game.

The gene selection for every tree does not change. Genes are arbitrarily selected for every tree and then assigned to them at the beginning of their life. Selected on a rank basis from 0.5-1, they affect all the other stats. A higher gene stat means more value for every stat on the Green Beli tree. 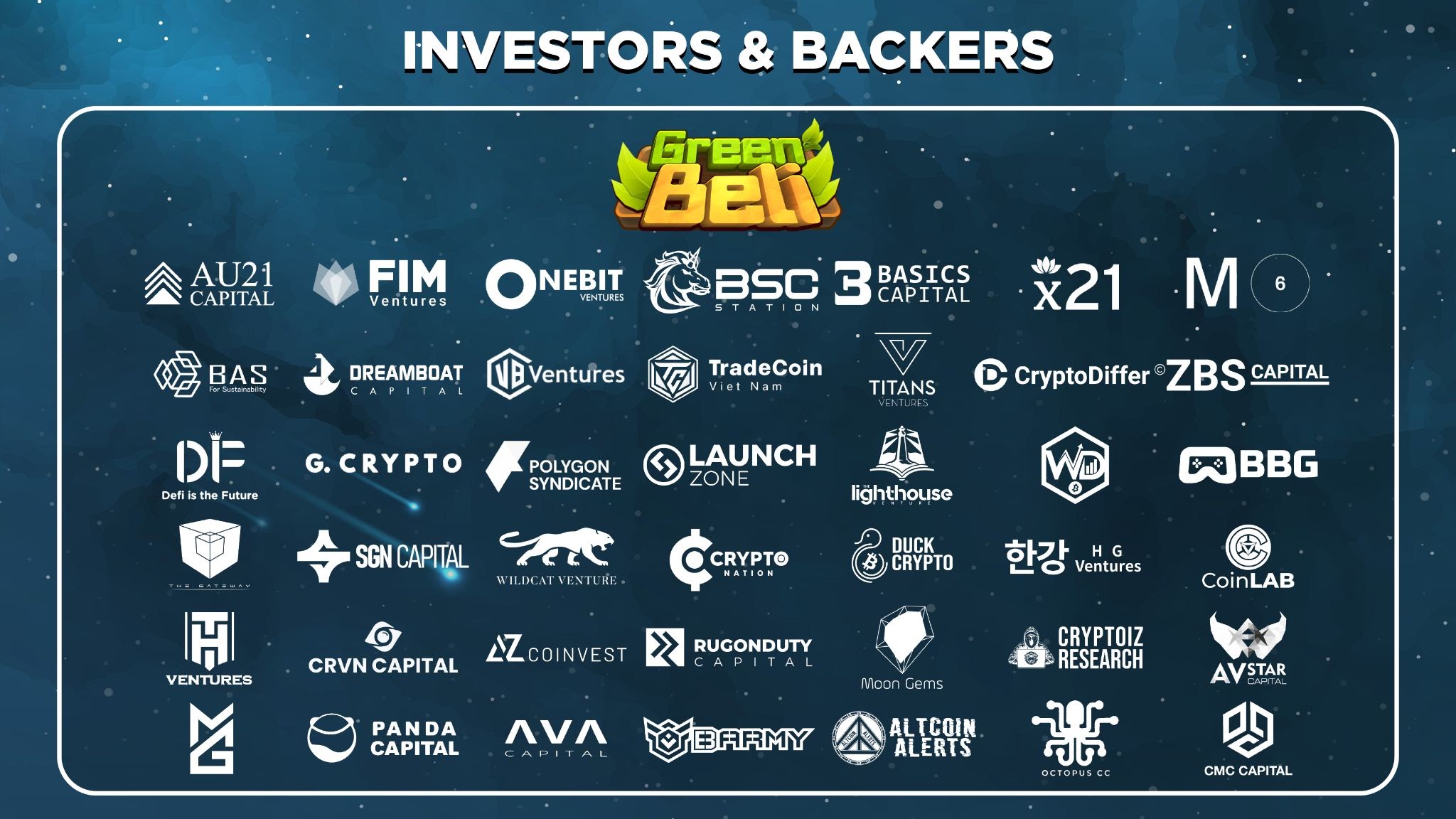 Green Beli was awarded by Game2Blockchain as the top six blockchain gaming projects. It has come to develop a stronger impact fueling sustainability and eco-activities to enhance greener earth.

Notably, Green Beli’s initial dex offering (IDO) on BSCStation enjoyed a lot of success. Its native GRBE token recorded an upside momentum at above 35x showing a massive demand for this project, coming after the listings on PancakeSwap.

Today, Green Beli is preparing an open tree for seed sale with 20,000 seeds. In the coming months, the project aims to release a farming function, an NFT marketplace, and a beta version of the Green Beli game.