DEEPSPACE (DPS) is a platform that has been positioned as an evolving revolutionary platform that strives to build an expansive play-to-earn (P2E) game. Their game is expected to address some issues on the Binance Smart Chain (BSC).

While nonfungible tokens (NFTs) are described as digital collectibles, this P2E metaverse game that is based in space aims to prove the utility of digital assets can also be seen in creating some immersive experiences.

Even though NFTs have continued to gain some popularity, they have a small audience that is limited only to those who are active in the crypto space. One major reason for the lack of adoption is the underlying technology not seen for more than its ability to get added to a collection of digital assets.

Nonetheless, most people fail to note that NFT usage spreads far beyond digital art pieces. NFTs can also feature in the creation of online experiences and games for players who are eager for adventures. In contrast to collecting assets, the P2E games that entertain are designed to play on a user’s ability to learn, determine their decision-making strategies, and offer socialization opportunities.

Integrating these opportunities with the P2E model can enable the participants to monetize their time. In the past, whenever a gamer quits a game, any monetary or time investment made would get lost. In the case of blockchain games, the gamers can sell whatever they manage to collect in the game and also turn their video game spending into investing.

A growing number of game developers are now turning to the NFT space. In that context, most blockchain games have become less interesting and fun compared to traditional video games. When the members of DEEPSPACE (DPS) were asked about their goal for the team, they said:

“We’re all gamers, and we’re going to build a game that will immerse and engage players, an element that is often lacking in most current-gen blockchain games.”

Exploring The Galaxy By DEEPSPACE Starship

DEEPSPACE promises several experiences they think will prove to be immersive to players. The team says that the game will let players customize in-game assets, explore a new universe, and battle other players. Players can grab a starship of their own in this game and explore what the galaxy has to offer.

Users are allowed to mine, build, battle, and add customizations to their ship to suit their needs and liking. Any modification that is made might be for different value-added purposes or it may be strategic to enhance their chances during active battle.

With that in mind, the DEEPSPACE (DPS) platform insists that the NFT marketplace will become the first aspect of the game to launch. In that marketplace, the players can buy and sell weapons, spacecraft, land, and other items to enable them to explore the platform. Players can also gain value as they advance in the game and consistently grow their characters.

The marketplace is also linked with the rest of the DEEPSPACE (DPS) platform to enable and support quick connections to like-minded players seeking items to trade. These players then use the items that they get from the marketplace to further their progress in the metaverse game.

The DEEPSPACE (DPS) universe consists of various planets. Each of these planets is subdivided to make up the in-game property. 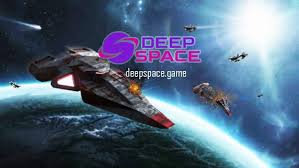 These property sales will be made via an auction hosted on the marketplace, with the prices depending on their sizes and resource refresh rates. Moreover, some of the property might be given away via market campaigns and random events to guarantee that an equal balance of property owners is maintained.

Any of the property that is acquired will double as a P2E feature of the metaverse game because any in-game landowners are allowed to earn fees from guests collecting resources on their planets.

The DEEPSPACE (DPS) developers said that they want the gamers to have full ownership over every in-game asset that they own. In that context, players are encouraged to continue their active participation in the game economy. Through that strategy, the game will continue creating and adding value for the other investors and players.

Since this token was launched on August 23, the team has done some more work to attract a community, set up 3D modeling, asset designs, and the NFT marketplace. Nonetheless, they still share their primary focus on the continuous development and engagement with their community.